A Change of Plans

After our honeymoon in Cancun, Bekah and I started saving for our 5-year anniversary trip to Hawaii because we really enjoyed the chance to travel to beautiful places together. Five years and half a dozen countries later, we were still planning on taking that 5-year anniversary trip. However my family was planning a trip to visit my sister who was studying abroad in Italy. Italy was a place I figured we wouldn’t get the opportunity to visit till we were much older. We had briefly considered it for our honeymoon but knew we’d do too much sightseeing. But with my family already going we decided it’d make a great 5-year trip.

We decided to split up our trip so we could celebrate our anniversary by ourselves for a few days and meet up with my family later in the trip. We arrived a week ahead of them and headed straight for the Amalfi Coast. The Amalfi Coast is a series of towns on the western coast of Italy, between the island of Capri and the city of Salerno, and is named after the town of Amalfi in the center. We stayed in three different hotels over the course of the week and traveled between towns mostly by ferry. Each town we visited had a slightly different feel despite being only a few miles apart.

We had the chance to walk around shops, hike, tour old villas, and eat lots of food. Thankfully, in each town, most places were within a short walking distance allowing us to easily go back and forth to our hotels. We also took day trips to the island of Capri and the archeological site of Pompeii so we never stayed still for long.

We ended our time on the Amalfi Coast in Salerno and took a train up to Rome where we met up with my family and went sightseeing. We arrived about a day before them so we had time to walk around and tour the Vatican. Before leaving Rome, we all toured the ancient Roman ruins, including the popular Colosseum, the foundations of Palatine Hill, and the striking buildings of the Roman Forum.

After Rome, we drove a few hours to Orvieto where my sister was studying. We would spend the morning relaxing in our countryside rental cottage and meet up with my sister in the afternoons to explore the shops, caves, and cathedral of the hilltop town. These few days were a great break and a chance to get away from the crowds. Orvieto is still a tourist destination, however it is much more relaxed than somewhere like Rome. Even though my sister headed off to school each day, it was nice to have us all under the same roof in the evenings and we all got to see where she was studying.

As the weekend neared, we headed to our final stop of Venice to experience the unique city on the water. I didn’t anticipate how much of an adventure it was to get around the area. Whether we were going from the parking garage to the hotel, the hotel to a restaurant, the main island to the islands of Murano and Burano, or the hotel to the airport in time for our 6:30 AM flight, every trip had its own challenge. It honestly wasn’t that hard to do with a cell phone but it highlighted how unique of a place it is. It was fun to share it with not only my wife but also some of my siblings and parents.

Italy surprised me with how beautiful it is. Both the landscapes and buildings were amazing. All of this was decorated by amazing works of art from a variety of time periods. It is inspiring to realize that the piece you are looking at is literally a textbook example of a famous artist. Last but not least was the food. As the descendant of an Italian-American, I had grown up with great respect for Italian culinary tradition, but the food we ate in Italy was consistently amazing. From the freshness of the seafood dishes to the flavors of simple pasta sauces, it was all delicious. Add to that the desserts (cannoli, gelato, tiramisu) and it has to be the best country for food we’ve visited by my somewhat biased opinion (sorry Mexico and Peru).

While each part of Italy we visited had a slightly different landscape, there were common scenes throughout. The land was all very green. Even up on the hilltops, there was grass growing. Among this lushness there were farms everywhere. Compared to the American mid-west, the farms were all surprisingly small. Some were simple family gardens, but even the more agricultural farms contained a mix of crops in modest size fields creating patchworks in the land. But the most common crop where we traveled seemed to be olives. There were groves of olive trees on any sizable patch of land and they are an iconic piece of the Italian countryside. In Orvieto we saw the machines they used to shake the olives off the trees, but in hillier areas the olive groves would have netting laid below the trees to capture the olives as they dropped.

I did a fair amount of bird watching on our trip. Italy isn’t well known for its bird watching though I saw plenty of new birds since it was my first time birding in Europe. My favorite were probably the European Robins which have a bright personality to match their orange chests. I was surprised by the prevalence of Parakeets in Rome, with two different non-native species being quite visible in some areas. As an American, it was odd to see species like European Starlings, Eurasian Collard-Doves, Rock Pigeons, and the House Sparrow-like Italian Sparrows in their (mostly) native habitat when usually I view them as invasive. Overall, it was a lot of fun to see so many new species and to add a new country to my birding list.

Common to fairly common in wooded habitats, gardens, hedges in farmland, and heathland, usually fairly near cover. Hops perkily on the ground… ebird.org 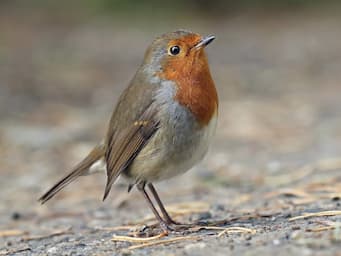 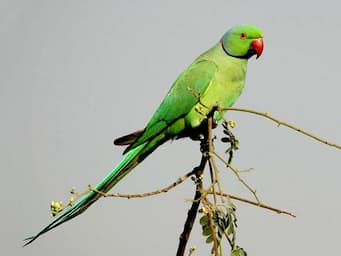 We took about every mode of transportation you could think of in Italy. Italy makes it easy to get most places via train. After flying in, we took high-speed trains between Rome and the Amalfi Coast and local trains from the airport and to Pompeii. In the Amalfi Coast, we rode city-run buses with tickets we bought in the “tabacchi” convenience stores and rode the lift up to the top of Mount Solaro. We also took ferries around the Amalfi Coast and from island to island in Venice. In Rome we took the subway and when we were with my family we drove a van. Thankfully, just about every place that sells tickets had an attendant who spoke English so we never got stuck without a ride.

It was interesting traveling when not trying to learn the language. I did a little studying before our trip and we had a pocket Italian guide but it wasn’t like our time in Spanish speaking countries. Most of the touristy areas of the country have plenty of English speaking restaurant waiters, shop employees, and hotel receptionists. Even when someone didn’t speak much English, they usually knew enough to communicate. Our Spanish language skills did help a lot when reading or trying to understand someone as there are many similar words. It was fun to listen to people speak even when I didn’t understand them. I found I loved the rhythm of the language. It would be very cool to learn enough Italian to speak it myself, but for now I’ll focus on Spanish.

I understand why Italy attracts so many repeat visitors and I think I’ve caught the bug. I’d love to return some day to enjoy more of the country. During this trip, we didn’t visit Florence or Sicily, both of which would be great to see. However I’d be very happy to repeat the places we went to as well. They were all beautiful and enjoyable with much more to see and enjoy.

As we traveled, I made a point to write down a little about each day. From that I’ve put together more complete thoughts on each of the major regions we visited as separate posts and added more pictures. While I hope to return some day, I never want to forget the great memories from this special trip.

I'm a software engineer living in southern California building cool things using JavaScript and other web technologies. I enjoy traveling to other countries and spending time in nature.

JSConf US 2010: Pushing JavaScript Beyond the Browser

This year I was able to attend JSConf US 2019 as a representative of SitePen. It was a very fun conference where people showed off the cool things they were building with JavaScript. There was a workshop day where I was able to program a microcontroller running Node. There were...

Anniversary on the Amalfi Coast

The Amalfi Coast is a beautiful section of coastline on Italy’s western shore one providence south of Rome. Its steep hill produces great views pretty much anywhere you stay. We chose to stay in this region for the solo-anniversary portion of our trip based on several recommendations we had heard....